The Greater Terre Haute Chapter of the NAACP began discussions Monday about bringing the Vigo County display from a national lynching memorial to Terre Haute.

Officially the National Memorial for Peace and Justice, the Montgomery, Alabama, site features 800 steel monuments – one for each U.S. county where lynchings of African-Americans are known to have occurred between 1877 and 1950.

The Vigo County monument recognizes a February 1901 incident in which a mob broke into the jail, killed a man named George Ward and hanged his lifeless body from a railroad bridge. The crowd then burned his body on the bank of the Wabash River.

Ward was a suspect in the shooting death of a 20-year-old female school teacher, but the crowd wouldn’t wait for a trial.

NAACP members noted it was incidents such as lynchings and a 1908 race riot in Springfield, Illinois, that led to the founding of their organization.

The Greater Terre Haute NAACP chapter is looking back on 2018 and ahead to next year. Highlights of this year’s efforts by the organization included working with police on issues affecting young people such as Read more…

The Greater Terre Haute NAACP Branch has elected its officers for the next two years. Sylvester Edwards was elected president for a second term and will begin his two-year term Jan. 1. In a news Read more… 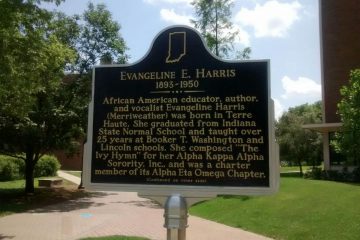 An Indiana state historical marker in Merriweather’s honor will be placed on the campus of Indiana State University, from which she graduated during its years as Indiana State Normal School. A dedication ceremony is scheduled Read more…